Posted on February 05, 2016 in Criminal Defense 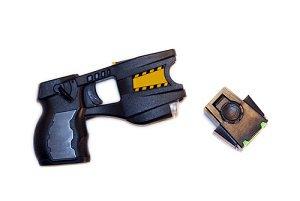 Although efforts have been made to decrease the police-related racial disparities, new information indicates they are still present. In fact, according to the Associated Press, preliminary data indicates that officers fired stun guns at blacks and Hispanics suspects at a rate higher than white suspects last year. Officers are warning citizens not to be overly alarmed at the information because differences between departments and cities can make it difficult to compare percentages, but experts say they are still concerned.

For the most part, stun guns cause only minor injuries, including the need for removal of the prongs that deliver the shock. However, Amnesty International reports that at least 540 people in the United States have died after being shocked by a stun gun between the years 2001 and 2012. In Connecticut, 17 people have died since 2005, and 12 of them were minorities, the American Civil Liberties Union of Connecticut now says. So, while this is, overall, a very small percentage, the information does indicate a very real risk of stun gun death, particularly among minorities.

While, at the surface, civil liberties advocates do say it appears there is an issue of racial disparity, they indicate there is a need for more analysis before jumping to any conclusions. They intend to more thoroughly examine the data to better understand why, if more white suspects were involved, they did not suffer stuns at the same (or at least fairly) rate as their black and Hispanic counterparts.

Wherever racial disparities exist, there is a risk of wrongful arrest or excessive force. Unfortunately, it can be extremely difficult for minorities to prove such actions have taken place. As such, it is critical that any individual who has fallen victim to such injustices seek qualified and experienced legal counsel, and they must do so quickly to ensure any and all evidence is preserved and handled with care.

With nearly four decades of experience, the Law Offices of Daniel P. Weiner can help. Regardless of your charges, you are innocent until proven guilty, and you deserve to be treated as such. Our offices can provide the experience, knowledge, and resources to carefully and critically analyze the details of your case and ensure that your rights are protected throughout the entire process. Call 203-348-5846 to schedule your free initial consultation with an experienced Connecticut criminal defense attorney today.