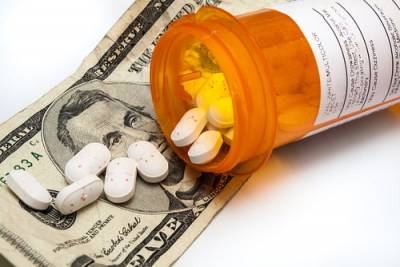 There are several legitimate medical uses for drugs that are otherwise considered dangerous and illegal to possess - for example, opioids and other painkillers. However, they do not always stay in the right hands, or if they do, sometimes they can be used to excess. If you have been charged with illegal use of prescription drugs in Connecticut, having an experienced attorney on your side can make all the difference in your case.

Prescription drugs are covered under Connecticut’s possession and trafficking statutes, and even for a first offense, the consequences can be strict. In addition, Connecticut has specific regulations prohibiting subsidiary offenses like doctor shopping (going to multiple doctors for controlled substances without disclosing that fact to any of the doctors) or obtaining prescription drugs by fraud, which carry their own sentences in addition to any possession charge that you may face.

Most crimes related to drugs are considered felonies in Connecticut, simply because of the potential harm to the individual and society. This means that even a first offense can carry prison time, from one year to 25 in extreme cases. In addition, possession need not always be physical; constructive possession (when you, for all intents and purposes, had control over the drugs) is often enough, and many defendants are unaware of possibilities like these.

State’s Attorneys May Be Open to Negotiation

Unlike with many illegal drugs, many people begin to use prescription drugs in a completely legal manner. For example, a significant amount of those with prescription drug abuse problems are victims of accidents or violence, who originally were prescribed drugs like Vicodin or Oxycontin to help with pain from those injuries. Very often, they are not drug traffickers or any other kind of career criminal; they simply want to be free from pain. In 2016, almost 12 million people reported misusing prescription painkillers, but almost two-thirds said that the reason they did so was to relieve physical pain.

This is not to excuse those who violate Connecticut’s drug laws, but at the same time, it is important to draw a distinction between hardened criminals and people who may have acted from desperation or despair. Because few prescription drug abusers have previous records or are a risk to re-offend if their conditions are managed, prosecutors are sometimes more likely to negotiate or allow a defendant to enter pretrial diversion programs designed to help those who struggle with addiction. While each case is different, you deserve help if you wish to be helped.

While some people do abuse prescription drugs because of ease of access or other factors, a significant number of those accused of this crime have other issues at play. Either way, Stamford criminal attorney Daniel P. Weiner has experience in these cases and will work hard to get the fairest outcome for yours. Call our Stamford offices today at 203-348-5846 for a free consultation.