Lawmakers Propose Heavier Penalties for Threats Made to Schools 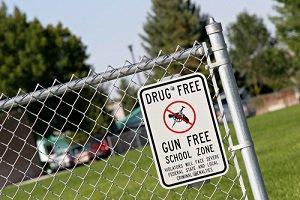 With more than 160 school shootings since 2013 – 52 of which occurred in 2015 alone – lawmakers are looking for a way to deter further violent acts and threats. This is the goal behind their latest proposed bill. If passed, it would increase penalties for those found guilty of even simply making a threat against any school, including preschools, primary schools, high schools, and higher education schools.

According to the chairman of the House Judiciary Committee, Stamford Democratic Representative William Tong, several bomb threats have recently been made against schools throughout the state of Connecticut. All prompted complete evacuations, causing needless panic among students, staff, and police. Senator Tony Hwang of Fairfield, also in support of the bill, says the threats have gone above and beyond simple childhood pranks.

Currently, Connecticut state law does not explicitly single out threats made against schools as crimes. In some circumstances, it may be considered an act of terrorism or another, less severe crime (i.e. second-degree threatening, a Class A misdemeanor; misuse of the 9-1-1 system, a Class B misdemeanor; or first-degree falsely reporting an incident, a Class D felony). If passed, the new bill would impose heavier penalties for those convicted of a crime relating to threats made against schools, making it - at minimum – a class C felony that is punishable by up to 10 years in prison.

Minors and Threats against Schools

If an offender under the age of 18 is convicted of a crime relating to a school threat, he or she would be charged in the juvenile detention system. The most severe penalty would include commitment to DCF custody for a maximum of 18 months. However, if the offender is a student at the school threatened, academic disciplinary may also be taken. At this time, it has not been made clear if or how the new bill would impact minors if successfully passed.

If you or your child are facing criminal charges for making a threat against a school, it is critical that you seek qualified legal counsel from the very start. With more than 40 years of experience, Stamford, Connecticut criminal defense attorney Daniel P. Weiner has handled thousands of juvenile, adult, and young adult criminal cases. Schedule your free initial consultation to learn how he can best assist you in your case. Call 203-348-5846 today and get the quality criminal defense you deserve.