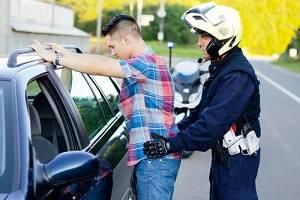 Laws surrounding various recreational drugs, such as marijuana, are in a fluid state of change. Changes occur so frequently that even those paying the closest attention may miss a minor alteration. Frequent modifications cause uncertainty among the general populous as to what the current regulations entail. Officers depend on this ambivalence while doing their searches, hoping the unsuspecting individual will offer further information to incriminate themselves of a drug crime. However, officers are also aware that improper protocol opens themselves up for failure in court.

The Fourth Amendment to the United States Constitution is enacted most frequently during questions over proper police procedure. In short, its creation protected the people against British King George’s overbearing and excessive invasion into their privacy and furthermore it protects the rights of citizens against unwarranted search, seizure, and even detainment. It helps to understand what the amendment says, which is:

"The right of the people to be secure in their persons, houses, papers, and effects, against unreasonable searches and seizures, shall not be violated, and no Warrants shall issue, but upon probable cause, supported by Oath or affirmation, and particularly describing the place to be searched, and the persons or things to be seized."

After several law-altering trials, we still abide by The Fourth Amendment. However, there are exceptions to these rights. A search is permissible without a previously created warrant from a judge under the following conditions:

Were You Illegally Searched?

If you believe a violation of your rights occurred during the procedures your officer followed, it is important that you speak with an attorney. Keep in mind that prosecution uses all of the evidence the police gathered unless illegally obtained. If you are interested in discussing the circumstances surrounding your case with an experienced Stamford, CT drug charges defense attorney, contact the Law Offices of Daniel P. Weiner today by calling 203-348-5846 to schedule your free initial consultation.