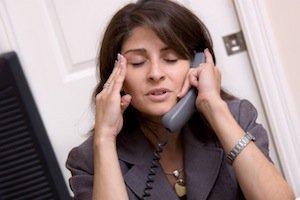 This past February, a number of Connecticut residents reported being victimized by a new form of phone fraud. Residents received a call and were informed that a family member had been involved in an accident. They were then asked to fork over money or risk their family member being held hostage. Connecticut Senator Chris Murphy alerted the FBI about capturing data from these alleged phone calls in an effort to reduce fraudulent activity.

If caught, individuals involved in this type of activity could be accused of phone and telemarketing fraud, which is any scheme where a criminal communicates with a victim over the telephone. More often than not, fraudulent phone calls target the poor, immigrants, and elderly individuals. Also not all phone fraud involves demands for ransom.

If you have been accused of participating in telemarketing or phone fraud, take your case seri ously. A criminal record could influence your future for years to come. It is in your best interest to retain legal counsel that is knowledgeable in criminal defense and phone fraud, so that your rights are represented. An increasing focus on fraudulent activity often gives law enforcement and elected officials the motivation to zealously pursue charges of phone and telemarketing fraud. Retaining an attorney will ensure that your rights are protected from start to finish and that all possible evidence and facts are explored in your case. Do not make the mistake of failing to take your case seriously. Contact a Connecticut a fraud defense attorney today.
Tagged in: Connecticut criminal attorney fraud defense attorney phone fraud Stamford white collar crime lawyer telemarketing telemarketing fraud white collar crime