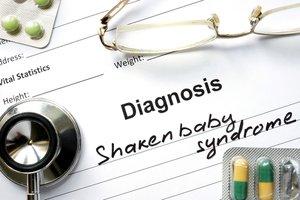 A case that Stamford police are calling one of the most grim they can remember has ended with a manslaughter plea, according to the Stamford Advocate. A man arrested for the homicide and sexual assault of an infant pleaded guilty to first-degree manslaughter and risk of injury to a child, and is scheduled to be sentenced to 14 years in prison with six years of parole. The baby was a victim of shaken baby syndrome, in which brain damage, retinal damage, and bone fractures can be caused by violent shaking, especially when an infant’s head is whipped back and forth or from side to side.

Shaken Baby Syndrome (SBS) is a diagnosis that first made national news in 1997, when a British au pair was tried for the murder of a Massachusetts infant. As far back as that, a determined group of skeptics started research, unwilling to believe that a human was truly capable of shaking a baby to death.

They looked to establish, that for an infant to die, he or she would also have had to be injured by a blow to the head. An SBS diagnosis does not require an outward manifestation of injury, making it an easy charge to prove. Additionally, researchers have found, in the intervening years, that other causes can produce the same symptoms of SBS, meaning that at least some percentage of people convicted for SBS could be going to jail for a murder that did not actually occur.

Regardless, proving this science can be difficult, and in most cases of SBS the perpetrator will be handed a hefty sentence. Manslaughter in the first degree is a Class B felony in Connecticut, according to the state General Assembly.

If you or someone you know is facing criminal charges relating to Shaken Baby Syndrome or any other reason, the most important step is to seek legal counsel. Do not go through it alone. Contact an experienced Fairfield County criminal defense attorney today. The Law Offices of Daniel P. Weiner is located in Stamford, Connecticut.