End of Year Study Finds Use of Death Penalty on the Decline, Less Popular Among Citizens 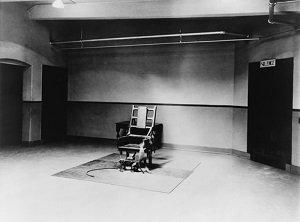 Older than America itself (significantly older, really), the death penalty has always been largely supported by U.S. citizens. However, there is evidence that suggests that the tides may be shifting. In fact, if recent changes to state laws and a poll conducted by Gallup and the Pew Research Center are any indication, capital punishment may eventually become a thing of the past.

Support for the Death Penalty at Nearly a 40-Year Low

Support for the death penalty in the United States reached its peak in the 1980s and ‘90s. It now sits somewhere between 56 and 61 percent, according to the 2015 study. While still considered to be the majority, this number marks a steady and continuous decline since the peak period. And, according to the Washington-based Death Penalty Information Center, this number also places support for the death penalty at nearly a 40-year low.

Sentencing, Executions Also on the Decline

According to “The Death Penalty in 2015: Year End Report,” American opinion may not be the only thing changing; 28 death row inmates were executed in 2015, making it the lowest year for executions in more than a decade. Newly imposed sentences also decreased 2015—33 percent lower than in 2014, and the lowest number since the early 1970s.

Abolition of the Death Penalty

In 2015, Nebraska joined the movement creeping across the country by becoming the 19th state to abolish the death penalty. Connecticut, which abolished the death penalty in 2012, also made an important impact this past year; after declaring the death penalty unconstitutional in the Connecticut Supreme Court, Pennsylvania Governor Tom Wolf declared a moratorium on all 2015 executions.

Even with the recent changes and declines, 31 states still reserve the power to impose the death penalty. However, it should be noted that, out of those 31, 18 did not use the death penalty in 2015. In addition, there were at least 70 inmates who received stays on their executions in 2015, which equals more than twice-and-a-half times more than the number of executions last year. Still, there is much work to be done before we can honestly say that everyone, everywhere receives fair and equal treatment in the eyes of the law.

Although the death penalty is no longer an issue within the state of Connecticut, there is still great potential for injustice for those charged with a crime. Ensure your rights are protected by seeking assistance from an experienced Stamford criminal defense attorney. Committed to aggressive representation and personalized support, the Law Offices of Daniel P. Weiner may be able to help. Schedule your free initial consultation and learn more by calling 203-348-5846 today.