Study Reveals Characteristics of Juveniles Who Rehabilitate, Offering Hope for the Future 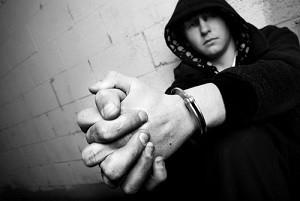 Although the number of youths charged with crimes has been on the decline, statistics show that the juvenile justice system still processed more than one million teens and children for crimes in 2014. Their charges, which range from simple drug violations and vandalism to murder, often carry hefty penalties, particularly in more conservative, heavy-handed states. When paired with poor rehabilitation programs, the probability of recidivism increases exponentially. All of this makes one thing very clear: something must change if we hope to save our youth.

How America’s Juvenile Justice System Is Failing Its Youth

Experts have long argued that youths in the juvenile justice system are treated unfairly, especially when their lack of maturity is taken into account. Some states – Connecticut, for example – have responded accordingly and managed to improve conditions and shift the focus to rehabilitation rather than punishment. But others fail miserably and, despite research and scientific studies, fail to recognize that young people are less likely to be able to self-regulate and make sound decisions.

Take, for example, the state of Wisconsin. There, a child as young as 10 can be charged as an adult for murder. If convicted, those children and teens could spend the majority (or even the entirety) of their lives behind bars. Other states also house juveniles with adults in adult prisons. This poses both a safety risk and an increased risk of recidivism if and when the youth is released.

As highlighted by a recent study from researchers at the University of Pittsburgh, harsher penalties may not actually deter future crime in low level offenders who are eventually released. And, even if education programs are put into place, the odds of recidivism remain high. In fact, the only thing that seemed to help keep the successful group of teens from re-offending was the time and experience needed to mature and “grow up.” Obtaining a job shortly after release seemed to be the best way to make this happen, but study authors are uncertain as to why.

How Connecticut Is Getting It Right

Over the last several decades, Connecticut has been working to reform its juvenile justice system. The main goals have been to reduce the rate at which youths are incarcerated, increase the number of youths that are diverted away from the adult criminal justice system, ensure mental health issues are adequately addressed, and remove or reduce the barriers that keep youths from moving forward with their lives once they exit the system. Examples of initiatives meant to work toward those goals include the recent age increase for which people are tried as adult (now 21 in most cases), and even closure of facilities that are incapable of operating according to updated and improved requirements.

Connecticut has taken quite a few steps in the right direction, but parents of children or teens currently facing charges should understand that legal representation is still necessary. Adolescents are still not guaranteed fair treatment and, without effective representation, the prosecution’s version of events may prevail. This could lead to detainment for a year or longer, and it could have an effect on your child’s life, long after they become an adult.

The Law Offices of Daniel P. Weiner can help. Dedicated and committed, we will ensure your child is treated fairly while navigating the juvenile justice system. With more than 40 years of experience, we have the knowledge and experience needed to work toward the most favorable outcome for your child or teen. To learn more, schedule your free initial consultation with a skilled Fairfield County juvenile criminal defense attorney. Call 203-348-5846 today.