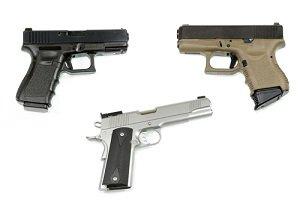 Next month will be the ninth anniversary of the tragic Sandy Hook Elementary School shooting in Newtown, CT, where a 20-year-old man shot and killed 20 children between six and seven years old and six adult staff members. There has been major debate on gun control and gun ownership in the almost decade since the tragic event, including some changes to gun laws in Connecticut.

In 2018, Connecticut lawmakers passed a new law regarding firearms, specifically focused on any illegal attempt at mechanical enhancements that enables rapid firing of the gun. These enhancements basically take a semiautomatic weapon and turn into a machine gun. There have been multiple mass shootings where the shooter used rapid-fire enhanced guns.

One of the most common of these mechanical enhancements is a bump stock. The rear portion of a long firearm is referred to as the stock. Bump stocks are gun stocks that take the energy from the gunshots and use it to trigger repeated firing of the gun’s shooting mechanism.

Bump stocks are commonly used in the military. Connecticut joins a growing number of states that have banned them for civilian use. Under the law passed in 2018, no one other than a licensed firearm manufacturer fulfilling a military contract can offer to sell, sell, offer to transfer, or transfer any type of rapid-fire enhanced guns.

If you are facing a firearms charge in the Fairfield County area, contact Law Offices of Daniel P. Weiner.

The rate of violent crimes has continued to decrease nationwide, though widely publicized events and acts of domestic terrorism—such as mass shootings—continue to rise. As this trend moves into the new year, the national conversation has moved again to gun control, an issue that promises to be of grave importance as we move closer to the 2016 presidential election. There are several restrictions already in place in the state of Connecticut regarding the possession, sale, and use of firearms, the violation of which can result in serious punishment, jail time, and even a mark on one’s permanent record.

The Connecticut state legislature requires that anyone buying or otherwise acquiring a gun in the state must obtain them and follow the proper legal authorization procedure to do so. This includes anyone interested in purchasing a gun at a gun show, online from a friend, or even if one is borrowing a firearm from a family member. The person selling the gun—even if this is a private exchange between two people who know each other—must have proper permits to sell firearms. Failure to do so could result in fines or jail time or both.

In the wake of the tragedies at the end of 2015 in which firearms played a central role, so does the dialogue revolving around the restriction of gun sales and ownership. In the state of Connecticut, there have long been restrictions in place regarding who may own or possess a gun. These include:

As one may expect, the cities in Connecticut in which violent crime continues to be a serious issue are the state’s largest cities: Hartford, Stamford, Bridgeport, Waterbury, and New Haven. As such, these cities may be the most diligent about following through on punishment for gun laws. If you have been accused of unlawful gun possession or use, the most important step is to seek legal counsel. Do not go through it alone. Contact an experienced Stamford criminal defense attorney today.