Posted on February 19, 2016 in Driving Under the Influence 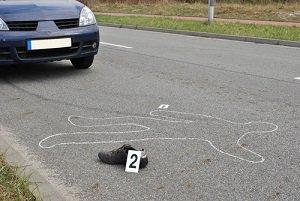 Determining the most common causes of death in the world is a challenge, one that varies wildly depending on the reporting agency, year, and country. Yet vehicular manslaughter is one that consistently makes the lists year after year, even as other major health crises are addressed and subverted.

Vehicular manslaughter is defined as the unintentional murder of someone while behind the wheel of a car, usually caused by reckless driving or gross negligence. Driving over the speed limit may be considered gross negligence, and thus the vehicular manslaughter charge could be treated as a misdemeanor. Conversely, if the person behind the wheel was drunk at the time of accident in which someone was killed, the charge will likely be a felony because the circumstance in which the person was driving was illegal from the beginning.

In Connecticut, a vehicular manslaughter conviction automatically carries a one-year license suspension and a two-year period in which the person must use an ignition interlock device in his or her car. A large percentage of vehicular manslaughter cases are the result of drunk driving. In Connecticut, this is considered second degree manslaughter, and carries the punishment of a Class C felony, punishable by one to ten years in prison and/or up to a $10,000 fine. Between 2001 and 2010, there were 191 second degree manslaughter convictions of this nature in the state.

While the number of convictions in this time period may seem high, the number of deaths during the same period have actually declined in recent years. Still, the rate of Connecticut drivers who admit to having driven after drinking too much is still solidly ahead of the national average, with 2.1 percent of Connecticut drivers reporting having done so compared to 1.9 percent nationally.

Because of the high rate of incident and conviction for vehicular manslaughter charges in the state if you are accused of such it is crucial to seek legal counsel immediately. Do not go through it alone. Contact an experienced Fairfield County criminal defense attorney today.