Posted on September 03, 2021 in Driving Under the Influence 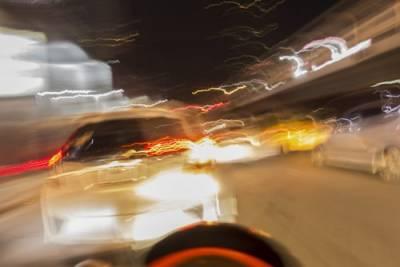 UPDATE: In addition to the consequences of causing someone’s death due to driving while intoxicated, a person may also face criminal charges if they cause a serious injury to one or more people. In some cases, a driver may be charged with assault, and when the assault is committed with a motor vehicle, this is a felony offense.

The charge of second-degree assault with a motor vehicle applies when a person causes a serious physical injury to someone else because they were operating a vehicle while under the influence of alcohol or drugs. An injury is considered a serious physical injury if it puts a victim at risk of being killed, results in disfigurement, or causes them to experience significant impairments to their health (including the loss of an internal organ or the loss of function of organs or bodily systems).

Second-degree assault with a motor vehicle is a Class D felony, and a conviction can result in a prison sentence of one to five years. In addition, a person’s driver’s license will be suspended for one year, and they will be prohibited from driving any vehicle that does not have an ignition interlock device (IID) for two years after the restoration of their driver’s license.

As you can see, drunk driving can lead to multiple different consequences, and anyone who is accused of this offense can work with an attorney to determine their best options for defense. To get legal help with your case, contact our Stamford DUI defense lawyer at 203-348-5846 and set up a free consultation today.

When a car accident involves a fatality in Connecticut, a driver may be charged with vehicular manslaughter or negligent homicide with a motor vehicle. These are serious charges – each prosecutable as a felony – and serious penalties including a lengthy prison sentence and a five-figure fine may be imposed upon conviction. As such, the incentive for a criminal defendant facing either charge to mount the strongest possible legal defense could not be greater.

This is a relatively compact statement of legal elements, and thus merits some unpacking. A motor vehicle includes any car, truck, motorcycle, or other motorized vehicle. Liquor includes not just spirits, but any alcoholic beverage, including beer and wine. The catch-all term “drugs” includes both illegal narcotics, marijuana (whether legal or illegal), and prescription medications.

More complex than defining the terms motor vehicle, liquor, and drugs is the issue of causation. Much thought and investigation must be involved in deliberating whether the influence of liquor, drugs, or a combination of the two caused the motor vehicle in question to be operated in such a manner as to have caused the death of another.

Vehicular manslaughter is at its root a form of criminal negligence, within which causation is two-fold. There is actual causation, which asks “would the death have occurred but for the liquor or drug-influenced operation of the motor vehicle?” And there is also proximate causation, which exists only of the occurrence of the death is not too remote, in terms of the chain of cause and effect, from the liquor or drug-impaired driving.

Conviction on the charge of second-degree manslaughter (a class C felony) is punishable by a prison sentence of between one and ten years, a fine of up to $10,000, or both. In addition, there is the mandatory one-year suspension of the person’s driver’s license, followed by the mandatory installation and use of an ignition interlock device for a period of two years. With so much on the line, rely on the counsel of an experienced Fairfield County criminal defense attorney.