What Are the Laws Regarding Handguns in Connecticut? 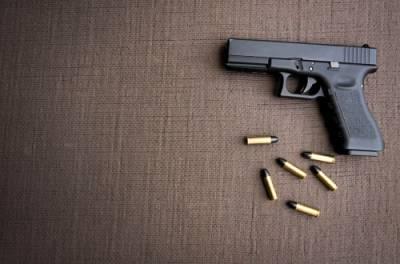 The state of Connecticut is teaming up with New Jersey, New York, and Pennsylvania in an effort to combat gun violence and shutting down gun networks that pass back and forth across state lines. The four states will be sharing information regarding firearm purchases in order to help prevent gun crimes, including straw buyers. This data that is shared will only be available to law enforcement.

According to the governors from each of the states, the issue of guns crossing state lines has become an epidemic, citing how gun violence had spiked during the COVID-19 pandemic. During the announcement, the governor of New Jersey pointed out that almost 85 percent of guns that have been recovered by law enforcement during the past six months have come from other states.

The four states will use the information they receive from the U.S. Bureau of Alcohol, Tobacco, Firearms and Explosives that reveals who purchased and sold any guns that are seized during a criminal investigation. Each state will have designated law enforcement personnel who will be the only ones to have access to the information. Should there be any unauthorized access, copying, disclosure, or any other misuse, the state must notify the other states right away.

Although the agreement is set to expire in five years, there will be an automatic renewal unless a state that wants to withdraw submits a 30-day notice.

The gun laws in Connecticut may be viewed as strict compared to some other states in the country but it is important to be aware of what they are in order to avoid any legal issues that could result in harsh penalties.

The state is deemed a “may-issue” state, one of only nine in the country. This means that a person who applies for a permit to carry a gun must pass basic requirements put forth by the authority who will be issuing the permit. Some authorities may require the applicant to provide references and show they are of suitable character. They may also require a mental health check or show good cause why they need the permit.

In Connecticut, the applicant is required to apply for a temporary permit from local authorities and is then required to submit another application with the state’s Department of Emergency Services and Public Protection (DESPP).

In order to purchase a handgun in Connecticut, a person must have a Connecticut Pistol Permit (CTPP) or a Certificate of Eligibility for Pistol and Revolvers or Long Guns or Ammunition. If the person is buying a gun from a private individual, they must undergo a background check.

The state does not allow constitutional carry like some states do; however, concealed carry and open carry are allowed with a valid CTPP. It is important to be aware where guns are still not allowed, even with the proper permits, including state parks and schools.

The state also has laws regarding ammunition and magazine limits. In order to purchase ammunition, an individual must have a certificate issued by the state. That certificate must be renewed every five years. The state forbids armor-piercing and incendiary .50-caliber ammunition. Connecticut law limits handgun magazine capacity to 10 rounds.

If you are facing weapons charges, you could end up with serious prison time if convicted. Contact Law Offices of Daniel P. Weiner at 203-348-5846 right away to schedule a free and confidential consultation with a skilled Stamford, CT gun charges defense lawyer and find out what legal options you may have defending against these charges.