What Is a Youthful Offender? 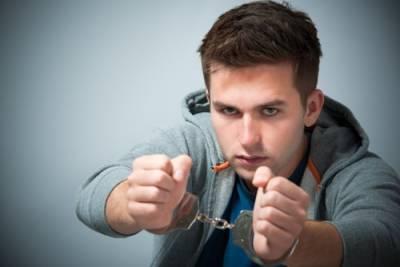 When a juvenile commits a crime in Connecticut, there are two possible ways the case can be classified. Depending on several factors, including the nature of the offense, a juvenile can either be classified as a juvenile defendant, or as a youthful offender. While these two designations might seem interchangeable, they are not, and it is critical to understand the difference.

Juvenile defendants are, as one might expect, juveniles - people under the age of 18 who have committed an offense that the prosecutor determines should be prosecuted in juvenile court. They are referred to as juvenile delinquents, rather than defendants; Connecticut’s juvenile courts are much more focused on rehabilitation, especially for first offenders, as opposed to the adult court system that is focused more on punishment. The nature of the offense usually determines whether someone under 18 will be charged as a juvenile or as an adult.

Juvenile defendants are also more likely to be granted a non-judicial outcome in their case, meaning probation or pretrial diversion as opposed to a conviction and sentence. This may seem not harsh enough, for a young person who has allegedly committed a crime, but nonjudicial outcomes are not generally available for those who commit serious offenses. With nonviolent misdemeanors and violations, the state of Connecticut has decided to help young offenders learn rather than punish immediately.

Compared to the reformative atmosphere of juvenile court, youthful offender (YO) status is only given to juveniles (those aged 17 and under) whose cases have been deemed serious enough for transfer to adult court, but who (1) have never previously been convicted of a felony or (2) ever been classified as a youthful offender before. While some crimes make the juvenile ineligible for youthful offender status - generally, any Class A felony or Class B first-degree sexual assault charge - any other crime for which a prison term can be imposed qualifies, in theory, for potential YO status.

If a minor is granted YO status, they can be granted a range of sentences and are put on probation. If they comply with all the terms of their sentence and probation, all records of the offense are expunged when they turn 21 years old, though the record may still be searchable by the court only (usually for purposes of determining whether or not someone has already been assessed as a youthful offender, because one can only acquire that status once, no matter how many crimes they may commit under the age of 21).

Can a Stamford Juvenile Justice Lawyer Help You?

There are distinct differences between youthful offender status and juvenile delinquency or defendant status. However, if your child is in a position to belong to either class, having an experienced Fairfield County juvenile justice attorney on your side can be a great help to your family. The Law Offices of Daniel P. Weiner handles these types of cases frequently and can put that knowledge to work for you. Contact the office today at 203-348-5846 for a free consultation.