What Is Connecticut’s Social Host Law?

Posted on December 07, 2018 in Criminal Defense 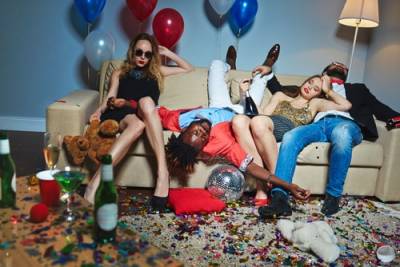 Underage drinking is a problem in the United States. It is easy for young people to glamorize the practice, but in reality, it can lead to legal trouble, injuries, and even deaths, especially among the type of young person who fancies themselves immortal. Because of this, Connecticut has passed what it calls the Social Host Law. Under the law, parents can be held liable for episodes of underage drinking that occur in their house. Yet many parents remain unaware of this until it is too late.

A social hosting offense can either be a misdemeanor or a felony, depending on the parents’ role in the events in question. If the parents were present and knowingly, actively provided alcohol to minors, they will generally be charged with a Class E felony - the relevant statute bars anyone from “sell[ing], ship[ping], deliver[ing] or giv[ing]” alcohol to a minor, and a guilty verdict will mean a fine of up to $3,500 and a term of imprisonment of up to 18 months. While a first offense may yield a lesser sentence, banking on this possibility is an extremely bad idea.

By comparison, parents whose house is used for underage drinking with their knowledge (or it is found that they should have known), and/or failing to try to either stop the use of alcohol or break up the party altogether, will be charged with a Class A misdemeanor, which can carry up to a year in jail as a sentence, even for a first offense. Even more serious consequences can be forthcoming if children under age 16 were present during an underage drinking situation. Many times, people think that a misdemeanor is somehow not a serious offense, and with a social hosting case, this is just not accurate.

Because the consequences for a social hosting conviction can be very serious, it is important that you know your rights and your options if you are charged. An experienced defense attorney knows to attack the case against you on all levels - for example, ensuring that there were no evidentiary missteps in the police’s handling of the case, or that the accusations against you are not being made by witnesses with credibility issues. It may also be that the entry into the house was unlawful in the first place.

Be advised also that it is possible you might incur civil liability as a result of hosting a party with underage drinking as well. If you provide intoxicating liquor to a minor and they injure themselves, or they injure someone else, it may be argued that had you not done that, the incident would not have occurred. Civil liability does not carry jail time, but it can carry additional fines and other potential sentences like community service or loss of privileges. It is generally best to avoid falling into such a situation in the first place.

Sometimes, parents can try to give their children a safe environment in which to experiment with alcohol, or simply be more permissive in their style. However, this can come back on both parent and child in a big way. If you have been charged with a social hosting crime, you need an experienced attorney who understands the law and what it can and cannot do. The Law Offices of Daniel P. Weiner has handled many of these cases, and having knowledge of how they tend to play out can work in your favor. Contact our dedicated Stamford criminal defense attorneys today at 203-348-5846 for a free consultation.