What Should I Do If My Child Was Caught Drinking Underage or Drinking and Driving? | Stamford Juvenile Defense Lawyer
Iniciar chat en espanol
Blog
View All Practice Areas
Subscribe via RSS

What Should I Do If My Child Was Caught Drinking Underage or Drinking and Driving? 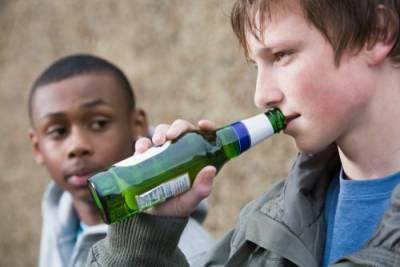 The last year and a half have been stressful for everyone. As a result, more people are turning to alcohol and drugs to cope. This is true for adults as well as teenagers. The Connecticut Department of Mental Health and Addiction Services reports that underage drinking is on the rise. The organization hopes to raise awareness of the dangers of underage drinking and encourages individuals to reach out for help if they are struggling with substance use. In Connecticut, underage drinking and underage drinking and driving can lead to serious consequences. If your child was caught drinking, a juvenile criminal defense lawyer can help.

Know the Consequences of Underage Drinking in Connecticut

With prom, high school graduation, and summer parties just around the corner, parents should remain vigilant regarding underage drinking. Many young people think that drinking before age 21 is no big deal. However, underage purchase and possession of alcohol can lead to stiff fines and even criminal penalties. Buying alcohol or possessing alcohol when you are younger than 21 is penalized by a fine of up to $500. Using a fake ID to purchase alcohol is a misdemeanor criminal offense punishable by a maximum of 30 days in jail and a driver’s license suspension of 150 days.

Underage Driving Under the Influence D) Can Lead to Criminal Penalties

If you are under age 21, the blood alcohol concentration (BAC) limit when driving a motor vehicle is 0.02 percent. This means that even a single alcoholic drink could make you too impaired to drive legally. For underage drivers, driving while under the influence of alcohol may result in a driver’s license suspension of six months for a first offense as well as a fine of up to $1000 and up to 6 months in detention or jail. If an underage driver’s BAC is above 0.08 percent, the license suspension is increased to one year. Second and subsequent offenses are penalized by longer driver’s license suspension periods.

Underage drinking can impact a child’s educational and extracurricular activities, personal reputation, and even their freedom. If your child was caught drinking underage or arrested for underage DUI, contact Connecticut juvenile DUI defense lawyer Daniel P. Weiner for help. Mr. Weiner has practiced law for over 40 years. He knows what you and your child are going through. Call 203-348-5846 today for a free, completely confidential case assessment.