What Should I Expect if I Was Arrested for a Second DUI? | Norwalk DUI Defense Lawyer
Iniciar chat en espanol
Blog
View All Practice Areas
Subscribe via RSS

What Should I Expect if I Was Arrested for a Second DUI?

Posted on November 24, 2020 in Driving Under the Influence 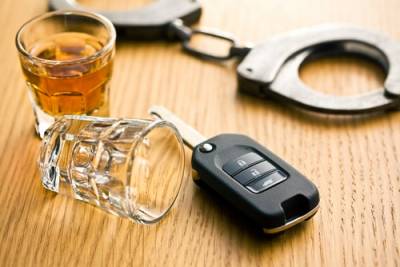 It is against the law in Connecticut to drive with a blood alcohol content (BAC) of 0.08 or more, and doing so can result in criminal charges of driving under the influence (DUI). First-time DUI offenders in Connecticut may be penalized by up to six months in jail and $1,000 in fines, along with the suspension of their driver’s license and the required installation of an ignition interlock device if they wish to regain driving privileges. If you have already been convicted of DUI within the past ten years and you have been charged with drunk driving for the second time, you may face even harsher penalties.

Penalties for a Second DUI Offense in Connecticut

Connecticut takes DUI offenses very seriously, and a second DUI conviction within ten years is punished differently from a first-time DUI. If you are convicted of a second DUI, you face jail time of up to two years, and unlike a first-time DUI, a second DUI results in a mandatory jail sentence of 120 days. It is possible that a second-time DUI offender may be released from jail before the 120 days are up, but some duration of jail time is likely. You will also be required to perform 100 hours of community service. The administrative penalties for a second DUI conviction include a driver’s license suspension of three years. After 45 days, you may be eligible to regain your driving privileges if you install an ignition interlock device.

How Can I Fight a Second DUI?

The consequences of a second DUI conviction in Connecticut are severe. If you or a loved one has been arrested for drunk driving and you have previously been convicted of DUI, contact an experienced DUI defense lawyer right away. Remember, you have a constitutional right to remain silent and decline police questioning until your lawyer is present. Your attorney can help you develop a strong defense against your charges, and if you end up being convicted of DUI, your lawyer can help you take steps to reduce the penalties as much as possible.

If you have been charged with driving under the influence and you have received a previous DUI conviction in the past 10 years, the administrative and criminal consequences you may face are considerable. Contact a skilled Connecticut criminal defense lawyer at the Law Offices of Daniel P. Weiner. Call our office today at 203-348-5846 and schedule a free, confidential consultation.