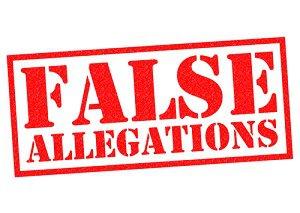 If you are accused of rape or forcible sexual assault, it is an allegation that has the potential to stay with you forever, even if you are acquitted of the actual crime. This is especially true for young people in universities, because of the sensitive nature of alleged sexual assault in public or private institutions.

Due to several recent highly-publicized crimes in which university officials did not necessarily respond to allegations of rape with the fullest severity required by law, some colleges have attempted to go the other way, meaning that allegations of rape are treated more seriously than ever before. This is good for legitimate victims, but it can also mean that false accusations are not investigated to the fullest and dismissed as such. Often, the accused is not given a fair chance in court or campus society. While it may be particularly difficult to disprove allegations of rape on campus, this is an issue that affects all accusations of sexual assault.

In 2007, for example, 40 percent of all forcible rape charges were cleared either after the person was arrested or by other “exceptional means” (such as an instance in which the suspect dies before the arrest is made, or in the case that the accuser changes the allegation). The law does recognize varying degrees of truth in the case of sexual assault or rape—these particulars of the case are often classified by police as “unfounded.” If, for example, the suspect can prove that the accuser did not attempt to fight the person off during a case of forcible rape, or if the alleged victim did not have any physical injuries, the case may be considered unfounded.

The trickiest and most damaging aspect of cases in which a person is wrongly accused of rape is that, in many cases, a suspect is sent to prison solely on the testimony of a person who makes the allegations. Too often, their verbal testimony is accepted despite physical evidence that very clearly points to its untruth. For this reason, it is imperative to work with experienced and dedicated attorneys from the onset of the case, beginning immediately when the allegations are first made. Waiting even a couple of days can severely impact your case.

If you have been falsely accused of rape or sexual assault, do not go through it alone. Contact an experienced Stamford criminal defense attorney today.